THE BREATH BEFORE by Alex Schweder & Mieko Suzuki 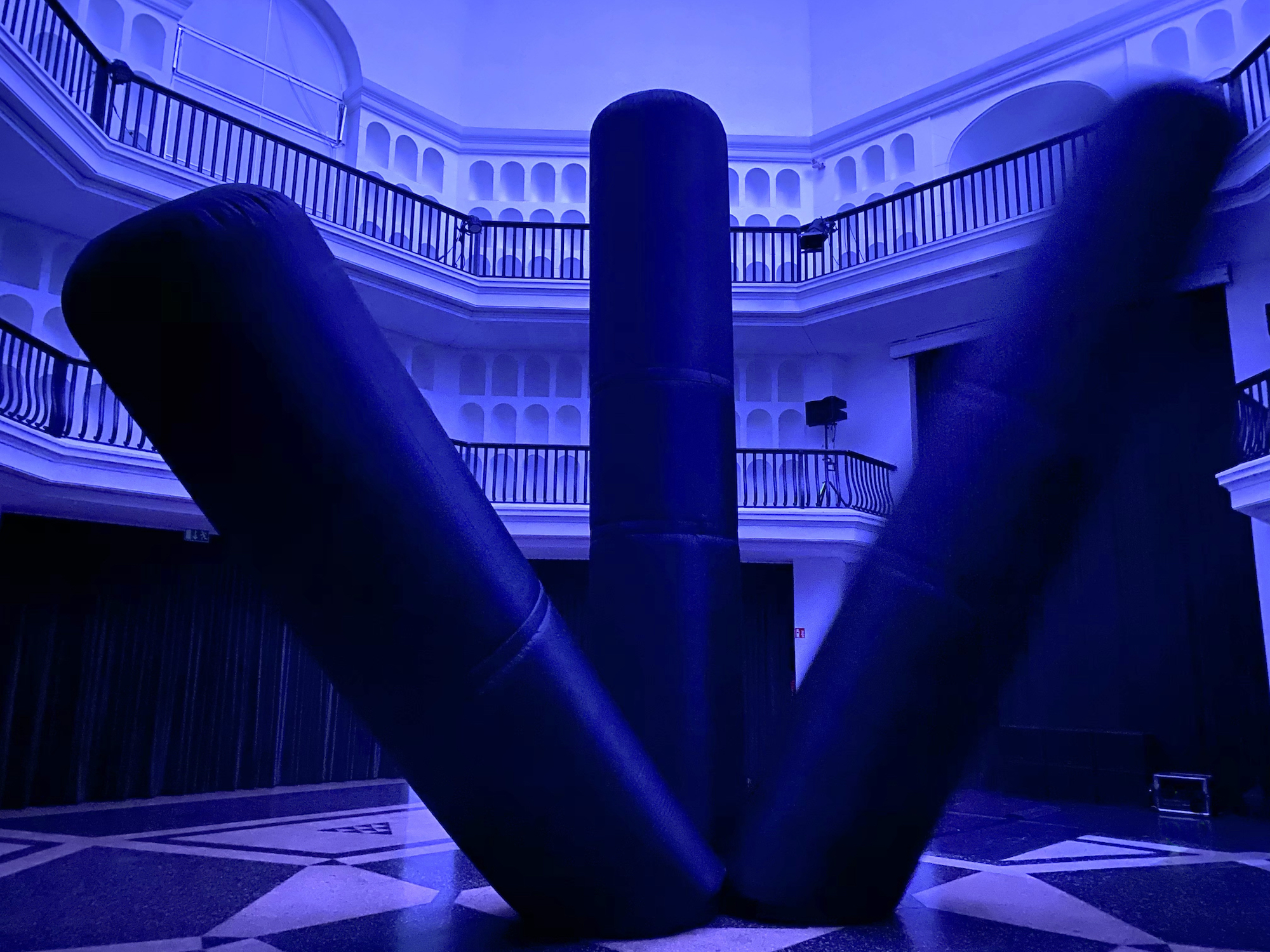 THE BREATH BEFORE presented by Aboutnow & Galerie Barbara Thumm

The Breath Before is an architecturally scaled instrument for the simultaneous composition of sound and space. Developed as a collaboration between New York performance architect Alex Schweder and Japanese sound artist Mieko Suzuki, it materializes the artists’ site-specific response to the neoclassical mausoleum built to serve Berlin’s first crematorium. With its octagonal layout, two continuous galleries, countless niches in the walls, and – most importantly – its 17-metre-high domed ceiling, the historic space still imparts the aura of a transitional space to this day. Recently transformed as part of the cultural venue Silent Green, visitors will be able to experience The Breath Before as an immersive location-specific event.

Air, light, sound and space were conceptualized as artistic media by Schweder and Suzuki, who developed three inflatable columns sewn from lightweight fabric to direct perception of these elements. Reaching heights of almost seven metres the tops of two are fitted with spotlights, while a directional speaker is mounted atop the third. Contrasting the stillness expected within funerary walls, The Breath Before is in constant flux. Engorging and emptying with air, its columns move toward their full height only to fall like trees soon after. As they travel light emanating from their ends lick architectural surfaces and visitors alike while linear sound waves ricochet off its dome and into ears.

Collaborating with Suzuki allowed The Breath Before to recast the, previously unwelcome, noise of the high-powered blowers as part of an aesthetic experience by connecting a microphone to the fans’ motors and redelivering their digitally processed sound-waves through a wall of subwoofers. During each live performance, she scores these deep minor chords and pairs them with the rustling and crackling sounds of fabric unfolding. As energy beams interact with the space, the audience becomes part of the constantly shifting relationships and can experience The Breath Before from various perspectives as physical sensations. A multidimensional feedback process is thus established between instrument and environment, audience and architecture, sight and vision to materialize a dialogue in which each element depends on the other to create ephemeral states of precarious equilibrium.

Alex Schweder’s works have been exhibited at the Museum of Modern Art in New York, the Tate Britain, and at the Venice Biennale of Architecture, among others.

Mieko Suzuki has worked at the Burgtheater in Vienna and at the Schauspielhaus Bochum, and has collaborated numerous times with choreographer Meg Stuart and the techno label Raster. She is also a member of the improvisational trio Contagious.

The installation follows Alex Schweder’s spectacular exhibition THE THIRD THING, at Barbara Thumm Gallery at the beginning of 2022.