Michael Janssen is a Berlin based gallery for contemporary art featuring painting, sculpture, photography and installation from both established as well as up-and-coming artists.

In 1995 Michael Janssen opened his gallery in Cologne where it operated for twelve years and held over eighty exhibitions. From 2002-2006 Michael Janssen operated in collaboration with New York based Leo Koenig gallery in Los Angeles under the name of ‘The Happy Lion’ galley in Chinatown/downtown LA. Some young LA artists had their first shows at The Happy Lion gallery such as Elliott Hundley and Matt Franks.

In 2007 the gallery moved to Berlin and closed the Cologne space in 2008. The gallery hosted a contemporary program that predominately features European, American and Southeast Asian artists. The focus of the program lies on painting, sculpture and installation from both established as well as young artists.

In addition to the long time collaboration with artists such as Till Gerhard, Christoph Steinmeyer, Meg Cranston and Peter Zimmermann, the gallery also strives to constantly introduce younger artists such as Stijn Ank, Emil Holmer, Jana Cordenier and Gulnur Mukazhanova for the first time in Germany but has also focused on rediscovering older artists such as Lynda Benglis, Gianfranco Baruchello, Lili Dujourie, Pino Pascali and Margret Eicher.

A second branch of the gallery opened in September 2012 at Gillman Barracks in Singapore. The opening exhibition in Singapore was a collaborative project by John Baldessari & Meg Cranston. The Singapore space presented ambitious solo presentations as well as group exhibitions and hosted public programs such as performances, talks and film screenings. The Singapore venture lasted until the end of 2015.

The gallery is currently moving to their new location in Berlin Charlottenburg at Bleibtreustrasse and will open the new space with a solo exhibition by Margret Eicher. 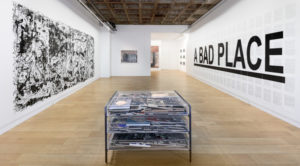 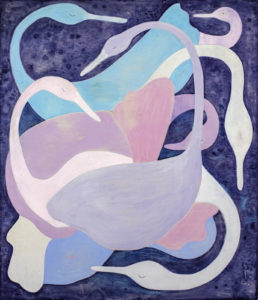