Among Other Things in der Persons Projects. 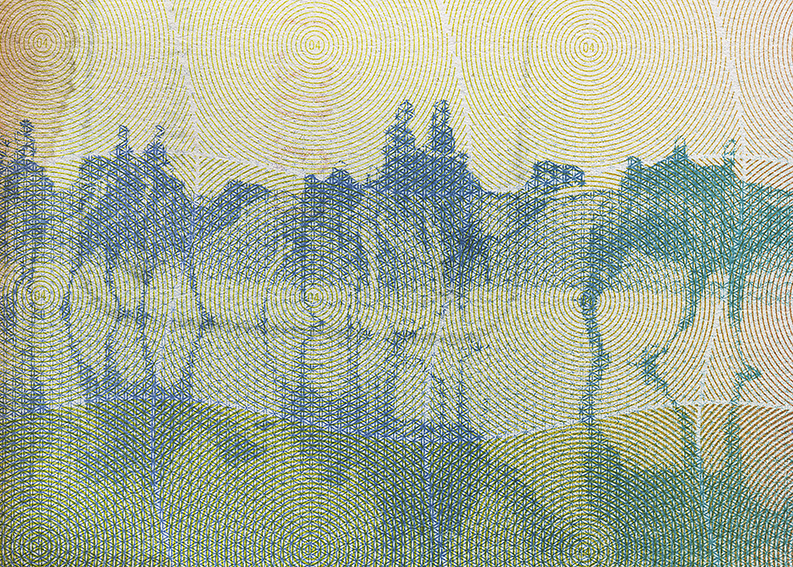 Inspired by Walter Benjamin’s essay The Work of Art in the Age of Mechanical Reproduction (1935), Ketamo questions the relationship between objects of mass replication as opposed to the exclusiveness of the same object as a piece of art. One is produced and marketed on a global scale, while the other finds its exclusivity in a gallery. Ketamo utilizes a multidisciplinary approach in how he realizes his works, using photography, moving image, and sculpture for his various installations and exhibitions. Ketamo objectifies the ordinary by reinventing the normalcy of his chosen subjects. His works redirect our awareness of how these objects symbolize specific issues relevant in today’s society. A good example of Ketamo’s cross-referencing of social issues can be seen in his limited book, Landscapes of Authority. Here, he uses images commonly printed on the pages of passports exemplifying nature and our relationship to it as a reminder that these documents of identity aren’t open borders for all. In the exhibition, he presents an interpretation of the Machin stamp, a series used since 1967, which depicts Queen Elizabeth II. The series portrays a relief by British artist Arnold Machin, and it is said to be the most replicated art object in the world. Since the release of the series in June 1967, more than 220 billion copies have been printed. His use of found images and objects is merely his starting point for his research in how he redesigns their meanings through his own process of recycling them from a different perspective. Ketamo’s working methods highlight his sense of materiality that permeates every aspect of his artistic practice. Whether it be a flea market-found postcard replicating a nonexisting landscape, Ketamo reworks it to create his own visual portal enticing the viewer to fill it with their own memories. Environmentally unfriendly plastic oil canisters are transformed in Ketamo’s world into poured plaster sculptures, raising our awareness of the dangers of commodification and the human presence within it. His works suggest new meanings for the mundane mass-produced items we take for granted by casting questions for their material importance in how they can function
in an environmentally friendly future landscape.
Ketamo holds a Bachelor of Arts degree in photography from the Royal Academy of Art in The Hague (Netherlands) and a Master of Arts in photography from Aalto University School of Arts, Design, and Architecture. Ketamo’s works have been on display, for example, at the Eye Film Institute in Amsterdam, the House of Representatives of the Dutch Parliament, the Photoville Photo Festival in New York, the Finnish Museum of Photography, and the Gallery Hippolyte in Helsinki.