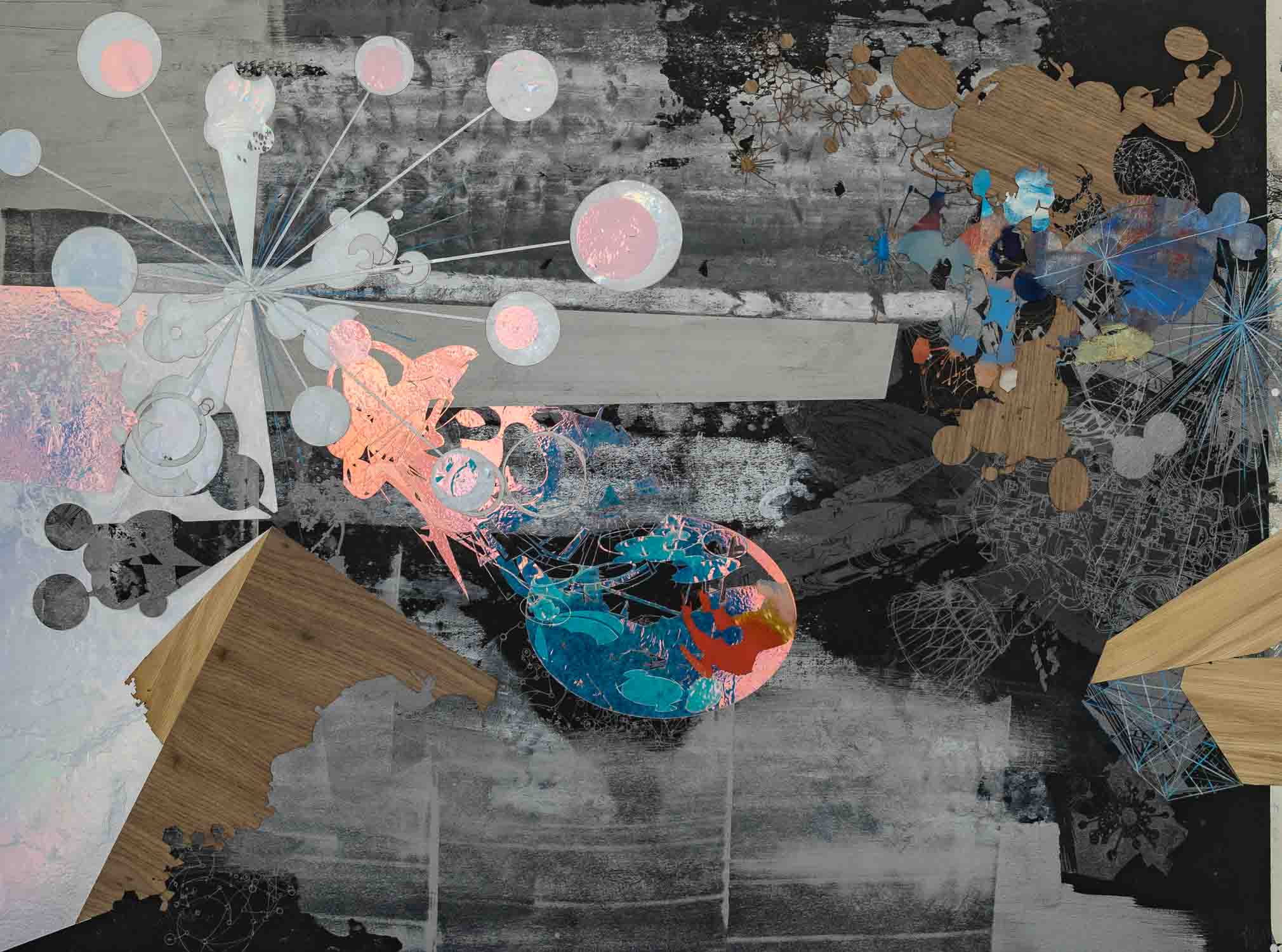 Silver Lining. Liang and Vu’s artworks are both extremely refined and yet grand in scope. It traverses between nuances of details and gigantic forms, which require viewers to be fully immersed in their creation. These works demand a high level of artistry in both production and formal undertaking. While Liang’s work uses mostly JianZhi, a traditional form of Chinese papercut, Vu enjoys laborious layering of laser-cut forms. The end result of both approaches culminates in the diminishing boundaries between the artist’s hand and authorships, resulting in work that is provocative, transformative and magical.

Over the decades, the two artists developed a close dialogue covering innumerable aspects of art, life and politics. The conceptual framing of their works are conceived uniquely for this exhibition.

Like Yin and Yang, these two artists’ work are philosophically, conceptually and spiritually operating from the opposing spectrums, while each relying on the existence of the other.

More importantly, rather than be solely entrenched in their own domains, they edge toward each other to a point of equilibrium — day break, event horizon and silver lining. Precisely at this juncture reside both light and dark, enlightenment and chaos, facts and “alternative truth”.

“Like current political climate around the world, there is a struggle between these counterpoints, we are at the cusp of these massive forces which are once again at war with each other, to define the future. The choices we seek can only be seen clearly at the edges of light and dark.’ Fred H.C. Liang.