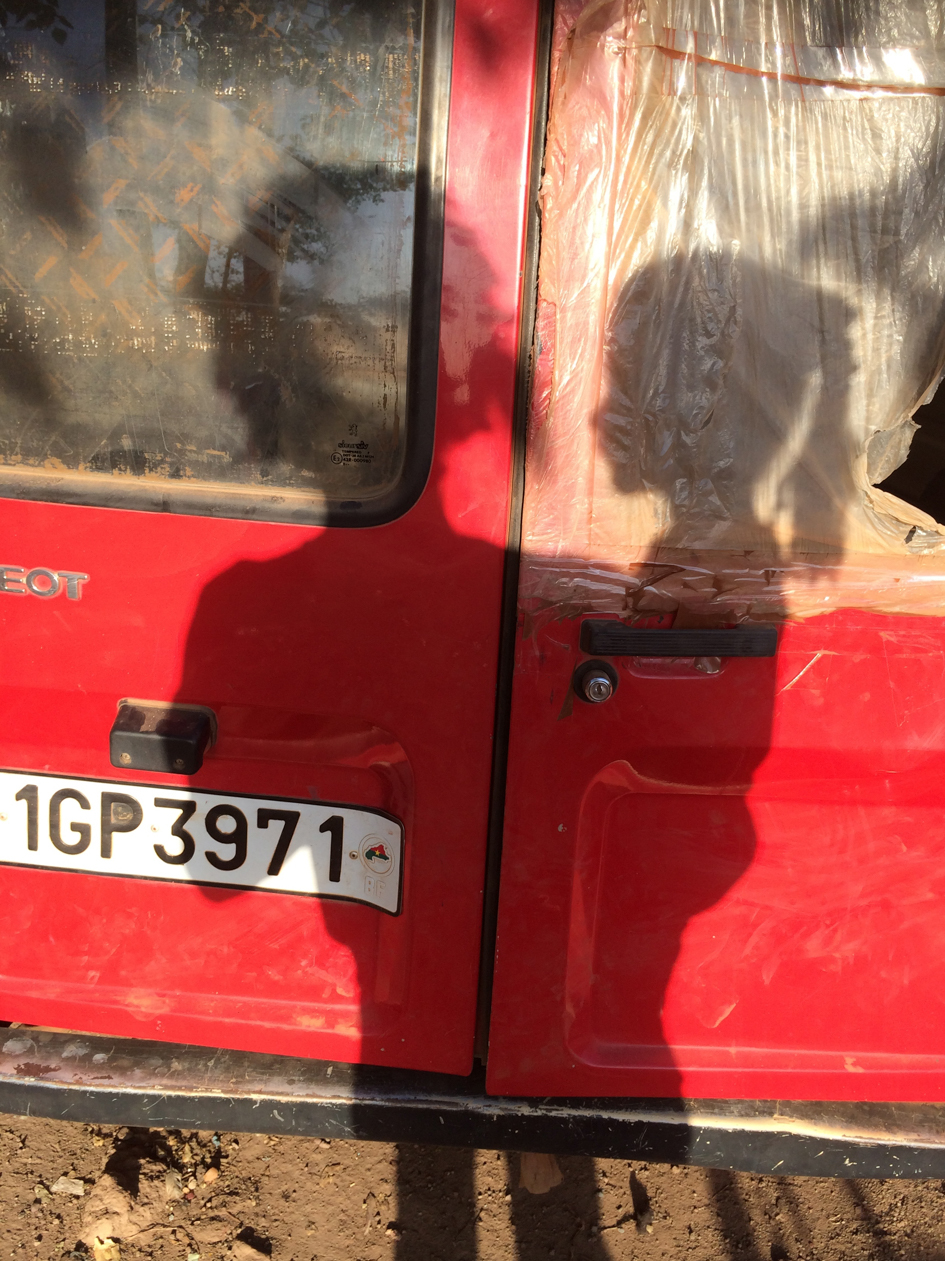 At an early age, Saïdou Dicko (born 1979 in Burkina Faso) realized that he could see clouds not only in the sky but also in the grounds of his hometown. As a young Fulani shepherd, he looks into the red sands of the Sahel and traces the pillowy shadows he sees. These contours remain the core element of his visual storytelling – spanning across his photography, film, installation work and painting.

„As a child, I looked at them (shadows) the way others look at clouds, and invented my stories….“

The exhibition at ARTCO Galery Berlin sets Dicko‘s early photographic work in the context of his latest digital collages. Now living and working in Paris, Dicko dips the figures in his photographs in thick black oil. Anonymizing the subjects through these brushstrokes, he breaks down the concept of the individual, democratizing his characters by removing key social indicators such as age, wealth and faith.

Instead, the compositions play out against a background of colorful textiles, the likes of which hark to the beginning of his artistic career and practice.
A world of lyrical storytelling in which people are far more than just shadows is then created seamlessly before the viewer’s eyes. An invitation to engage with the characters on a deeper level, put yourself in their place, and enter a contoured universe.