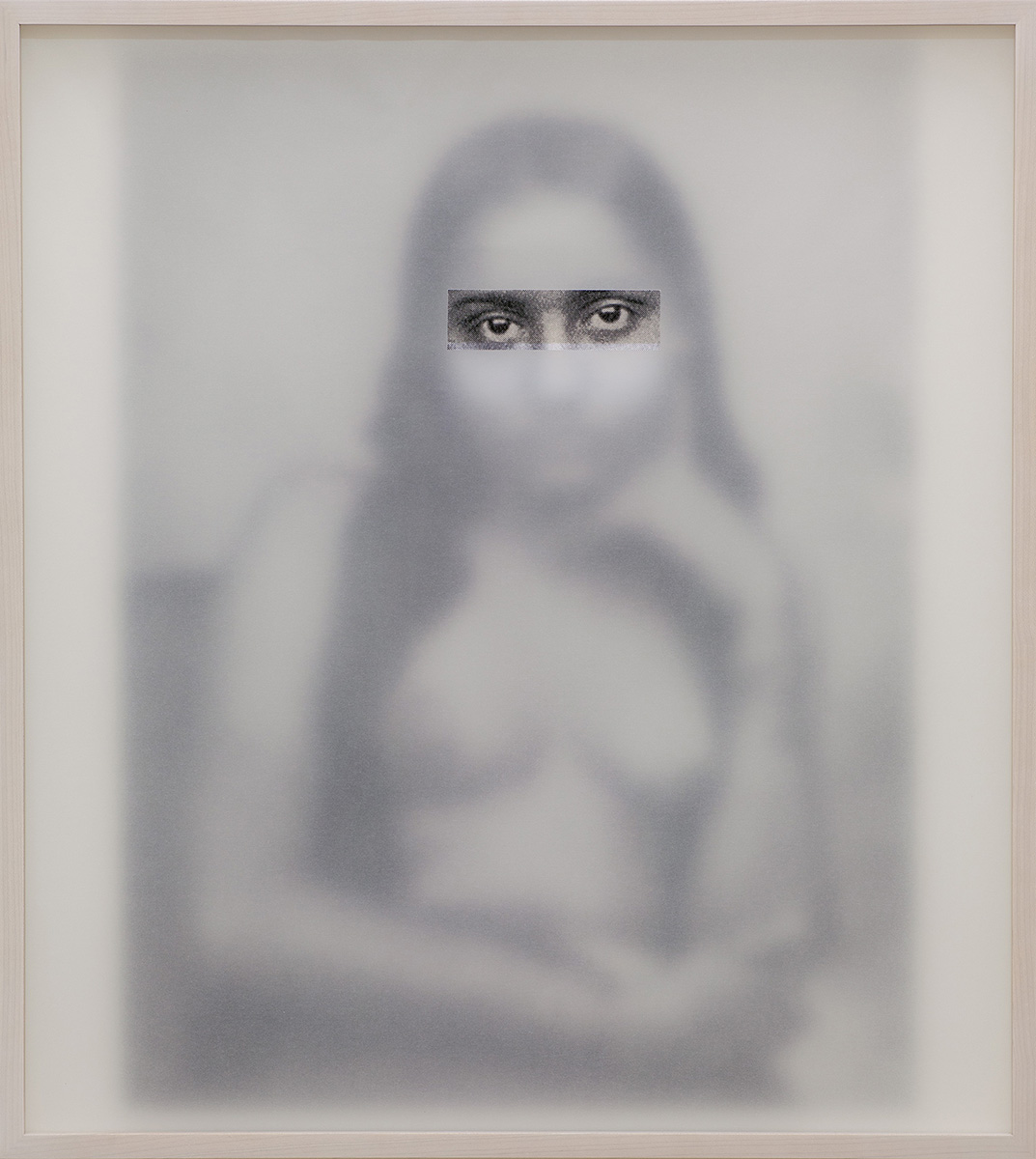 The 1930s book titled Woman. An Historical Gynæcological and Anthropological Compendium acts as a point of departure for Laurila’s work. Originally published in German in 1885 and written by three men, the book is illustrated with hundreds of photographs of naked women and children from all over the world, primarily colonized countries. This cross between anthropology, racism, and sexism, come together to create an uncomfortable viewing experience that claims to be ‘scientific’. The photographed women have no voice and they are presented as exotic specimens found in nature. The ethnographic pictorial style allowed the pretence of looking at women objectively and innocently. The exoticizing gaze, with its sexual desire, was hidden behind the veneer of legitimate scientific inquiry.

Instead of allowing this shameful piece of human history to be kept in the past, Laurila brings the book back, and keeps it in dialectic conversation with current feminist perspectives to flip the notion of the gaze on its head. This 1930s book addresses the binary and hierarchical gender divide, which states that men have the power to gaze upon women, but women can only be the subject. Using found photographs, Laurila’s work inverts this original perspective: She uses a translucent paper to hide the ‘scientific’ photo, making only the eyes visible and obscuring the body. This forces the viewer to be looked at by the women in a new way; Put in the position of the original photographer, they must question the act of looking and must reflect on history. Laurila asks, “How does it feel to be looked at?”. As Laurila says herself in her artist statement, “the role of a woman has been perceived to be erotic and an object of the male’s gaze. She has no voice. A woman’s value is dependent on how a man sees her. In art history, women are often depicted without a face, they are a mere body. If they do have eyes, they won’t look back”. Art history shows many women depicted without faces, merely a body. If she has eyes, she doesn’t gaze back. Furthermore, Laurila pairs the photos with an audio of a man reading out the captions from the original 1930s book, reinforcing the violence behind the othering done through a patriarchal European lens – reproducing the humiliation of being characterised as exotic or even barbaric.

The images that make up Untitled Women challenge not only the notion of what a woman was then, but also presently, in how that distorted objectification is still prevalent today. Laurila successfully turns the focus away from the male scientists hailed as heroes, to the forgotten women who were treated as no more than objects of the research. She sees these women as having power in their gaze and posture, as if to be asking, “What are you looking at?” or stating “I’m here, this is me”. Other women she has chosen for this series are looking past the photographer; As a form of resistance, they refuse to look at him, “I will not be in your picture”. Due to Laurila’s artistic editing, the photographs gain a new power of their own, giving them the power to raise the question of who is the spectator verse the spectacle. To understand the power of the gaze is to understand how women and their bodies have been seen and understood by men, and furthermore, how this affects how women are still treated in real life today.