qbit to adam I, adam 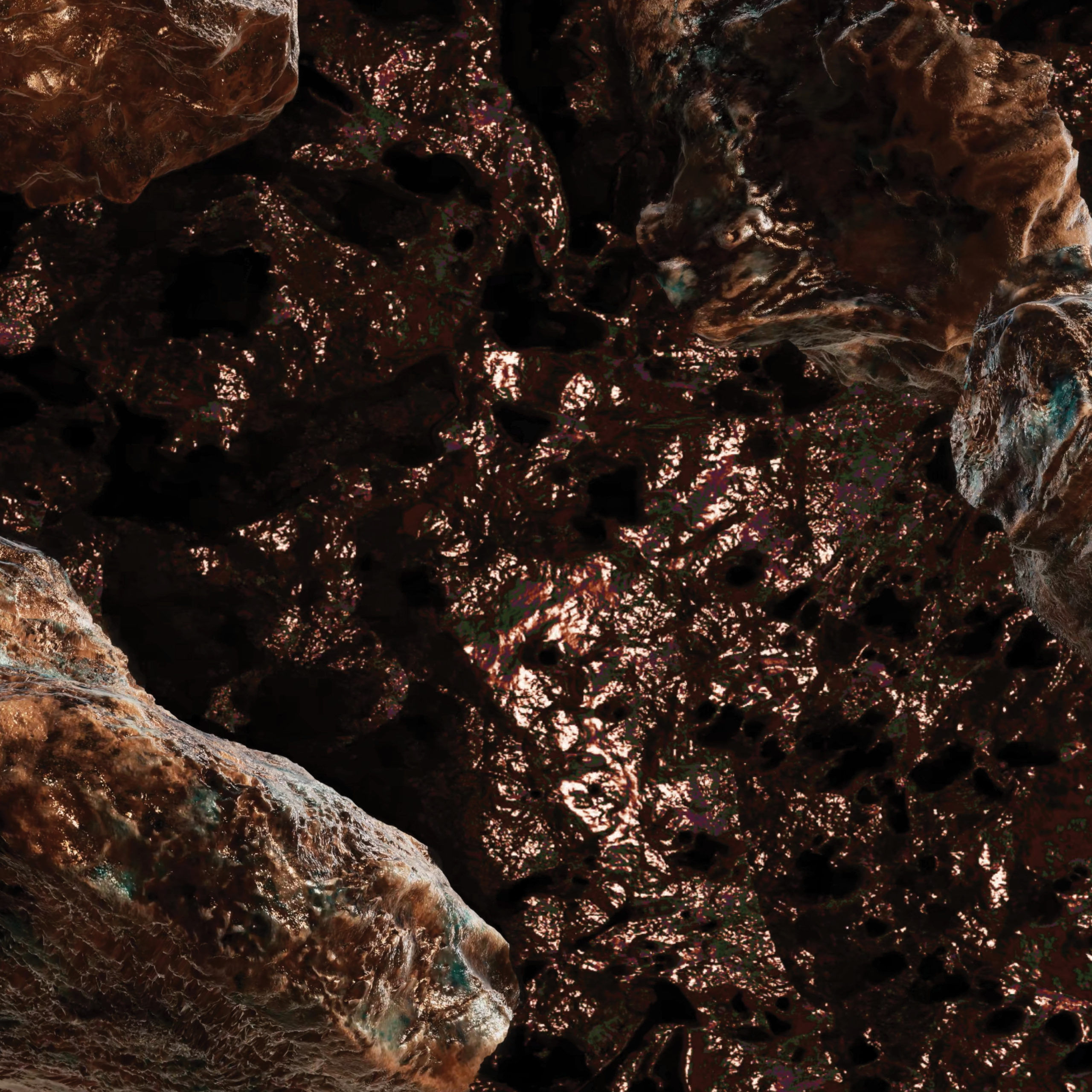 Chan Sook Choi’s works are based on her artistic research – research on the movements of people and things, research on what people leave behind and what memory conveys. Often working with the format of video and topographical sound installations, the artist explores how, through technological and economic acceleration, bodies are displaced by data and virtual space.

Chan Sook Choi’s current exhibition at KANG Contemporary, ”qbit to adam I, adam, “ is understood as the first part of a series conceived by the artist beginning in 2019 and titled “Superposition: qbit to adam.” Referring to quantum bits as a unit of measurement for subatomic particles on the one hand, and to the Hebrew word adamah (earth, ground) on the other, Chan Sook Choi’s series combines different perspectives on the connection between information and the seizure of land.

For several years now, the artist’s work has focused on traces that people leave behind in the areas they inhabit – from private properties to territories shared by several states or owned by multinational companies. On a recent trip to the northern Chilean Andes, Chan Sook Choi visited the world’s largest copper mine, Chuquicamata, and the nearby former town of the same name. The town’s inhabitants were relocated a few years ago due to the large-scale industrial mining of raw materials, so it is primarily the cemetery there that attracted Chan Sook Choi’s interest, as it will soon be the last testimony to over a hundred years of human settlement at this location.

Chan Sook Choi relates her observations on questions of the displacement of living structures through the principle of land ownership and through the production of material goods to reflections on the acquisition of immaterial goods, of data: For “qbit to adam I , adam” the artist also visited the “Atacama Large Millimeter/submillimeter Array” (ALMA), a gigantic radio telescope observatory and international research institute located about 150 km from Chuquicamata, with which various countries collect information from the universe.

In researching these two localities as landmarks and emblems of global claims, Chan Sook Choi noted a connection between the fundamental functions of both places, the gathering of material goods and the gathering of immaterial goods – a connection of visibility and invisibility: the visibly documented displacement of human life for the appropriation of “earth” is juxtaposed with the notion of visually unmeasurable particles and waves charged with information and enormous energy.

Thus, these are fundamental questions that Chan Sook Choi raises in “qbit to adam I, adam”: Is it not the case that once a person dies, his body turns into particles, most of which become part of the earthly, become soil? How then can it be that something like the ownership of land exists? Who has the ownership of bodies that have become earth? And how can we see the data of the earth, the invisible memories inscribed in it? How can we communicate with this material? How to visualize waves created by the movement of the displaced, displaced by the waymarks that the principle of ownership creates all over the world?