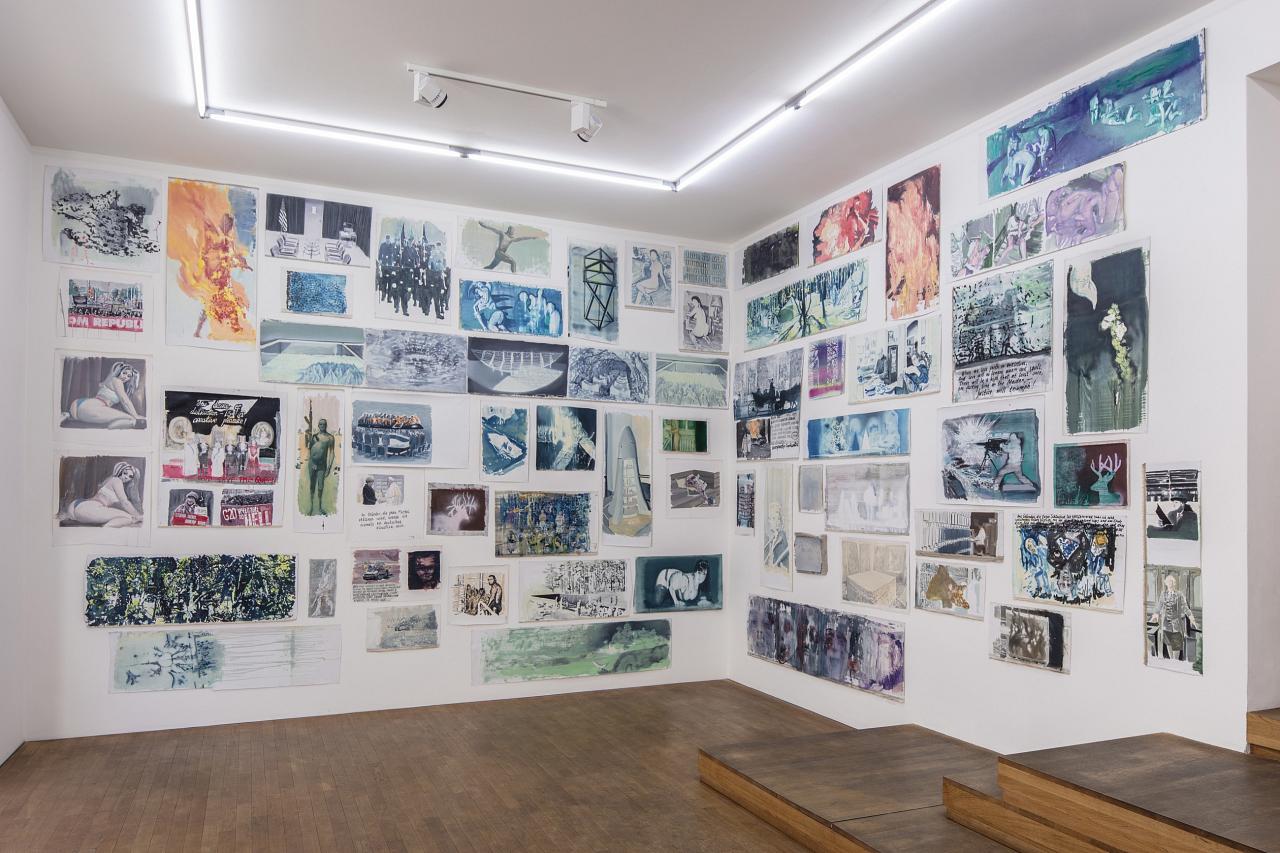 VLAD YURASHKO. The installation I present, consists of a large number of smaller works, assembled into a mosaic, into a “big picture” of the world. Different subjects and themes give a global view of the world, twinkling with all its burning issues in front of our eyes. They create a certain visual noise and level the significance of a singular problems by relating it to others. Gender issues, social inequality, control, humiliation of human dignity, violence and its representation, ideological and political struggle, war, terrorism, ethnic and religious conflicts, political crisis, right, left and anarchist demonstrations, protests against uneven distribution of resources and capital, exploitation of man by capital or ideology. Each story not only attempts to attract viewer’s attention, but also to raise a question: “What is our being: is it a Gift of God or a Duty?”

My “big picture” of the world consists of paintings, in which I lean on photography. The view of the world I represent may seem more of a cursory and fleeting glance, composed of reproductions of digital copies of various objects, events, phenomena, news, films.
But we constantly have to deal with a „filming machine“. The machine, which does not just document, but produces certain accents. Television images of the same events are presented differently on different TV-channels, generating manipulation of mass consciousness, national and political identity.

I tackle these materials and process them in such a way that an image becomes authentic in terms of my own perception as an artist. Perhaps this is some kind of attempt to find such a form or point of view, which would make it possible for a television image, translated into painting, to reveal or broadcast information that I establish and define as truth, as verity.

These challenges of modernity compel me – as an artist – to understand and accept, that photography has become a central element to the redevelopment of the entire space, where images, themes and meanings circulate.

You’re cordially invited to our opening on Friday 27th of April from 6 – 9 p.m. at Linienstrasse 158