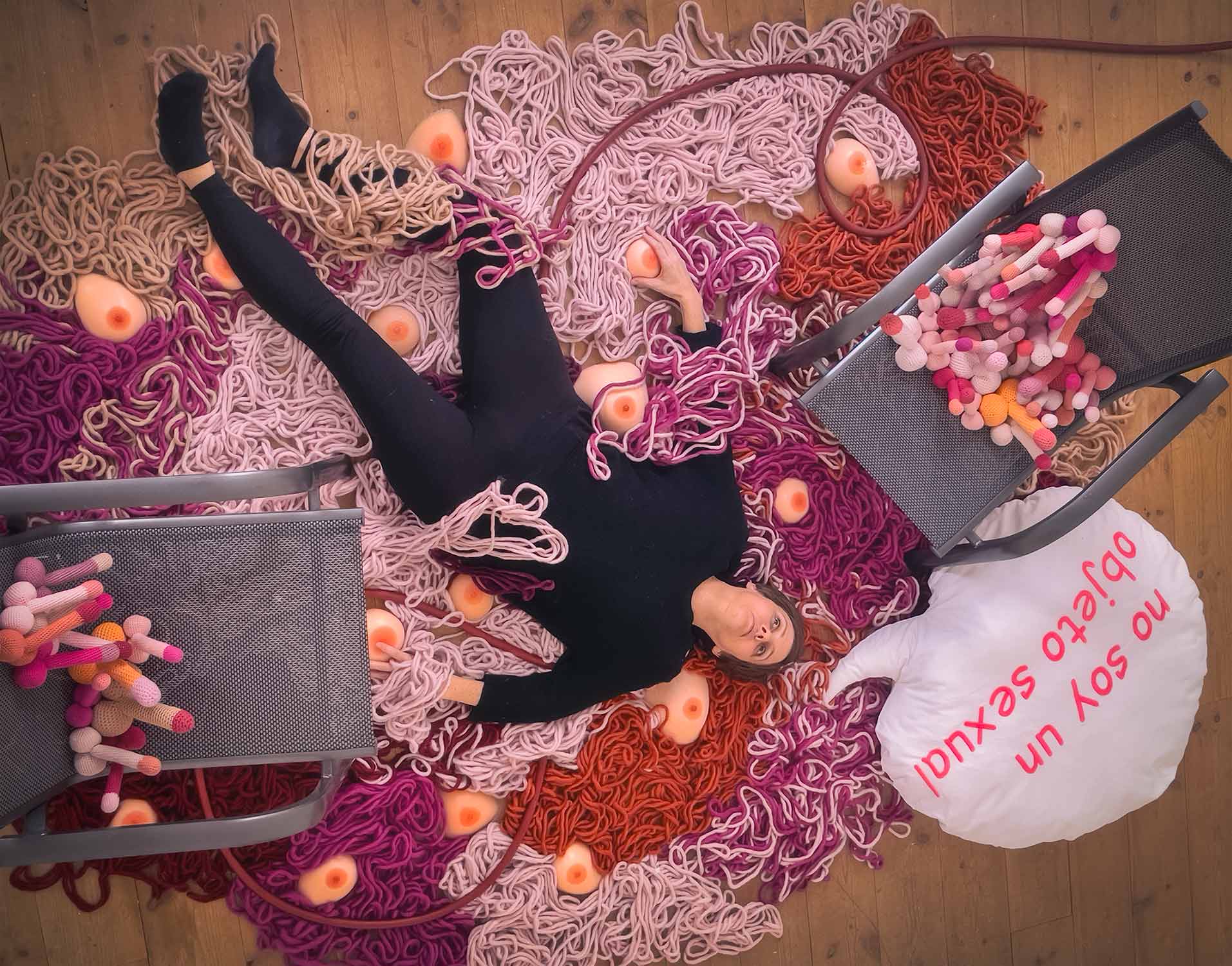 “No Soy Un Objeto Sexual” (I’m not a sexual object) reads the embroidered speech bubble,
hanging from the ceiling of SomoS exhibition space. In Nathalie Rey’s eponymous solo
exhibition, the objects are coming alive, and they want you to listen. Beware! The cute-looking
objects, such as the pink stuffed rabbit in the corner, are not just passive elements. They have a
life on their own. An autonomy. And, according to the artist, the capacity to take revenge on a
subject that would have thought possessing them.
In the centerpiece installation, a garden of plastic breasts and crocheted penises reminds us of
the Earthly delights depicted in Dutch master Hieronymus Bosch’s paintings. Like that artist,
Nathalie Rey’s art is allegorical, but refers to permission and liberation instead of tabooing.
Developed during her artist residency at SomoS in Berlin, her exhibition addresses issues such
as body politics, sexual identity, nudity, and the balance between freedom and censorship.

With her study of the censorship during Franco’s dictatorship, and on a broader scale, the forms
of censorship exercised throughout the History of Art, the artist grew interested in the prohibition
that floats around nudity and sexuality. Playfully inhabiting the role of the censor herself, she
cuts out the sexual parts from porn magazines and displays these mutilated images on the walls
of the exhibition.
But even with such serious topics, Rey maintains a playful approach to her themes and ways of
working; for instance using subversive crafting, children’s books, and toys mixed with more adult
topics and materials. Always keeping the objects at the very center of her interest.